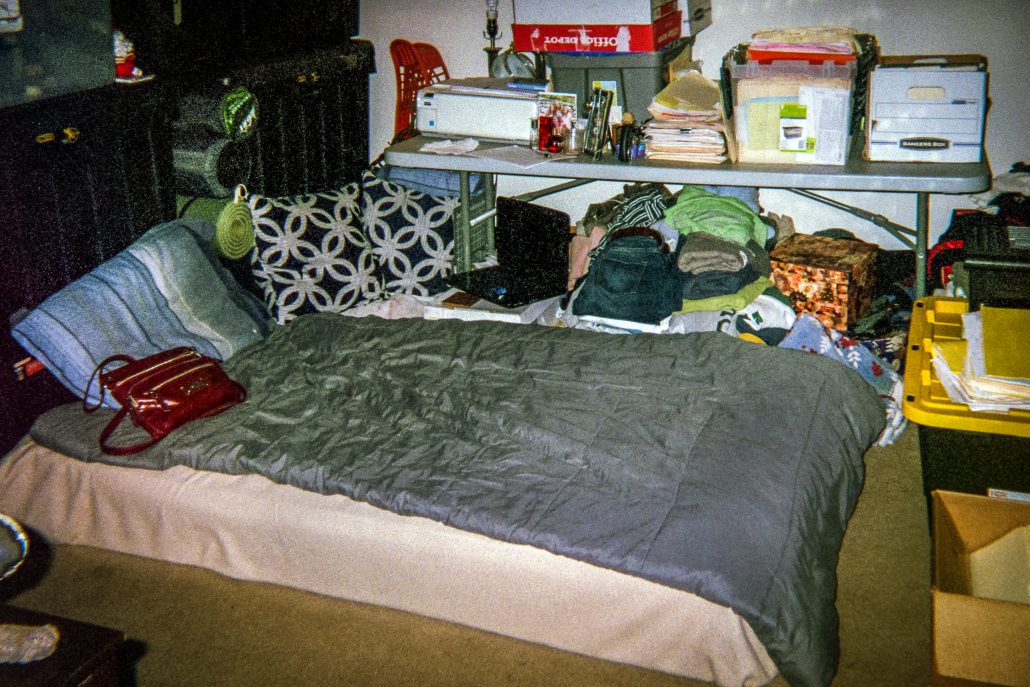 Christine has been on her own since she was 17.

Christine has been on her own since she was 17. Homeless off and on throughout the years, she has been sleeping on a mattress on the floor at a friend’s place. Living out of her backpack and duffle bag, she has no privacy or space of her own. There is mold in the place she is staying. Her face has broken out with an allergic reaction and she doesn’t feel well.

Christine had her own apartment for eight years, but the landlord sold the building and she had to leave. She was put on disability, but the small amount she receives each month is not enough to support housing.

“I want to enlighten people of other’s situations and to get a sense of what others are going through,” said Christine. She hopes others will be more kind-hearted and less judgmental after seeing her photos. “Just because I’m homeless doesn’t mean I’m a drug addict or bad with finances,” said Christine.

Christine took photos of her sleeping arrangements, the mileage on her car and the expired license plates that she cannot afford to replace.

Christine dreams of her independence. She hopes to be able to stand on her own two feet without the help of family or friends.