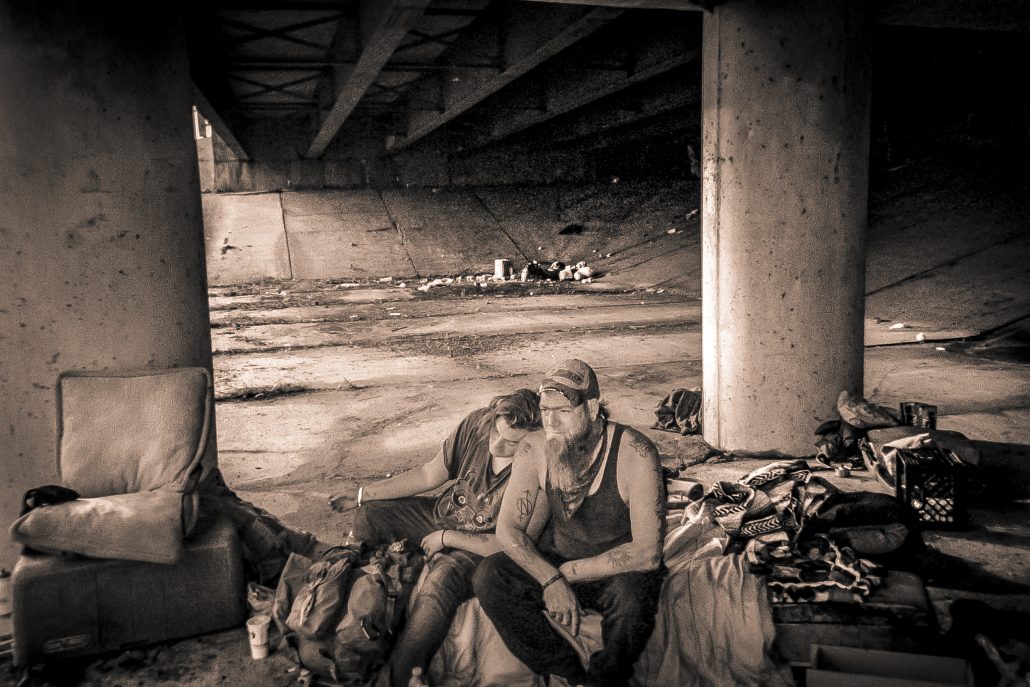 Tim has lived on the streets since he graduated from high school.